Hi everyone, have you ever heard of fan-carving? I’ll be honest, I have not. I discovered it a few months ago when on the Facebook group of the blog (Showcase woodcarving group) David Nye, a nice gentleman passionate about history, stamps and fan-carving joined: David, who began to show us photos of very special works with very interesting accompanying information.

Struck by his passion and the beauty of the works that he gradually showed us on the group, I started to get interested in this art, unknown to me, and in the author of the masterpieces she shared: Sally Nye.

David and Sally are a fabulous couple, two passionate researchers, two people who devote their free time to making sure this very special art is not lost.

Sally and David Nye are world-renowned for their dedication in preserving and sharing the Old World folk art of fan-carving along with its rich and meaningful symbolism throughout the many cultures that it influenced.

Because of their passion for books, history, and research, when a fan bird crossed their path, it was natural for them to want to know more.

They took up the chase, and their story is like a continuing saga. The more they learned about fan-carving, the deeper it drew them in. It led them to another
continent, across mountain ranges, and truly, through Europe’s back door.

Because fan-carving is an Old World folk art that was almost lost, information was scarce. In their search, working with museum curators, ethnographers, university professors and fan carvers, the fan bird history began to come alive.

The Nyes learned that fan-carving has a much deeper meaning than simply carving a wooden bird. They found that it is one of the oldest folk arts on the European continent.

Plus, there are legends and customs associated with it. The “fan bird” encompassed vast regions of Scandinavia and Europe (including parts of Russia).

Traditionally, the fan bird is hung in the home by a string so that it may move freely with air currents. It seems to come alive and symbolizes the Holy Spirit, protection, health, and happiness for the family.

Customs about the bird may vary in different parts of Europe and Scandinavia. Some are more of a religious symbol than others, but all are about happiness, protection and good health.
Sally & David Nye
www.FanCarversWorld.com

Before I delve deeper into this topic I’m excited and grateful to be able to post the article they wrote for the blog, let’s read it together!

‘A Fan Bird Narrative’ by Sally and David Nye

The Legend of the Fan Bird:

By 1900, the fan bird was so common that two well-known ethnographers, Hammarstadt (Sweden) and Andree (Germany), called it a “cultural phenomenon.”

These wooden birds were found in the churches, government buildings and homes of the peasant folk as well as the elite. This phenomenon extended from the villages of the fertile farmlands to the tiny huts in the mountain ranges (from Greece to Lapland).

It was common to see the Holy Ghost/Spirit in the form of a wooden fan bird dove. Farmers had the fan bird in their private chapels or altars. The dove was also found in the homes suspended above the dining table …as part of the “God-center.”

Note: The God-center seems to be traditional of many European countries and/or regions. It is a place on the wall, in the living/dining area of the home that holds the crucifix and holy pictures. One turns to the God-center before and after mealtime.

It is a widespread custom in Sweden to hang a bird from the ceiling at Christmas. Originally it was a religious act. The custom comes from the church where a carved wooden dove hangs under the pulpit canopy over the minister’s head. It symbolizes the Holy Ghost.

In the home, it was customary to hang these wooden birds over the table near lighted candles or a stove where the heat would cause the bird to slowly turn ..as if alive.

…because of the devastation caused by the World Wars, country borders changing, immigration on the move, etc., fan-carving, along with its rich and meaningful symbolism, almost became lost. It is now enjoying a renaissance.

Due to the fan carvers of today …it will live on.

Doing research on the internet I have not found references to this art of wood in Italy. The most significant examples are from Russia and Eastern Europe and I find it very bizarre that the greatest experts and exponents, now, come from Michigan in America!

But Sally and David are two very special people! On their youtube channel you can find Sally explaining the rudiments of fan-carving and on their website, one of the most creative and full of historical information I’ve ever consulted, you can enter fully into this particular art of carving.

As well as discovering that Sally is the great-granddaughter of George Michael Schwarz, a German tailor who immigrated to America at the end of the 1800s and who, thanks to the economic boom, was able to build a castle between Kelly Lake and Lake Michigan at Laketown, about a mile south of Macatawa Park, Michigan (U.S.A.).

This castle, in 1900, inspired none other than L. Frank Baum who wrote “The Wizard of Oz” (or at least parts of it) from his summer cottage in Macatawa, Michigan. The castle that Sarolyn (Sally) Nye’s great-grandfather, George Michael Schwarz, built and lived in very briefly is therefore part of the story of OZ! Is the same yellow castle that Baum wrote about!

This particular family history and their passion led Sally and David to rediscover their origins in Germany, in Bavaria, and to become passionate about this particular art and it was a real pleasure for me to discover it through them and to contribute a little to its preservation.

If you have an opportunity to get a piece of white cedar (Thuja Occidentalis) or similar wood, watch their video on preparing the wood on their website (www.FanCarversWorld.com) or follow Sally’s precise advice on how to carve your first fan-bird!

And good health, luck and prosperity to all! 😘

Please note, all material in the article, including photos, are the property of Mr. and Mrs. Nye.
The commentary is by Whittled Lovelies.
Any diffusion should be politely reported and please acknowledge the sources, thank you. 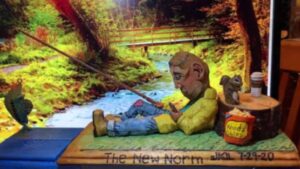 An interview with the creator of the Cusin youtube channel Jack Carves, who tells us about his personal experience in the world of woodcarving. 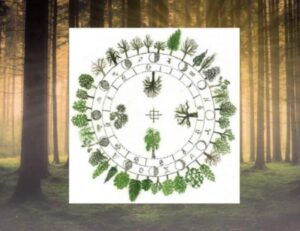 Did you know that you have your own guide tree? In this article I will reveal the special features of the wood and the secrets!

In this tutorial I explain step by step how to build a cute rabbit hole to use as a gift or decoration for Easter!

I have discovered for you a fabulous path, a walk among gnomes and fantastic woodland animals, I tell you about it in this article! 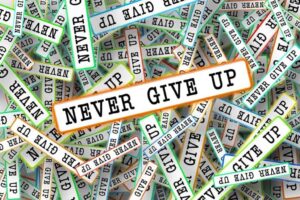 In this article I tell you how I did my first woodcarving job.